The City of Hanston was established as the town of Marena in 1878.  In 1901, the railroad came through town and the town name was changed to Olney-Hannston.  A depot with stockyards was built for the transport of cattle.  The name of the town changed again in 1902 to Hanston.  The Hann family had donated land to the city.  There was a lengthy feud over the changing of the town name.

Hanston City Library.  In 1911, several ladies decided to form a library.  Books were donated and the library was operated on a volunteer basis only.  The library was set up in the office of the Linda’s Lumber Co.  After the ladies were no longer able to operate the library the books were stored away.

In 1929 William Seacat and his wife Wilma gathered up the books and tried to re-establish a library.  It was set up in the basement of John Lingenfelder’s Photo Studio.  The library was operated by volunteers from the YWCA.  This endeavor lasted only a short time.

Funding is received from the Southwest Kansas Library System from taxes paid by the residents of Hodgeman County. 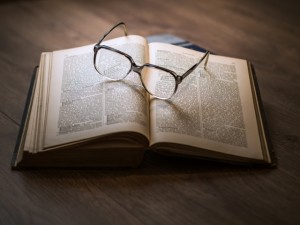